How Many Penguin Classics Were Written By Women? 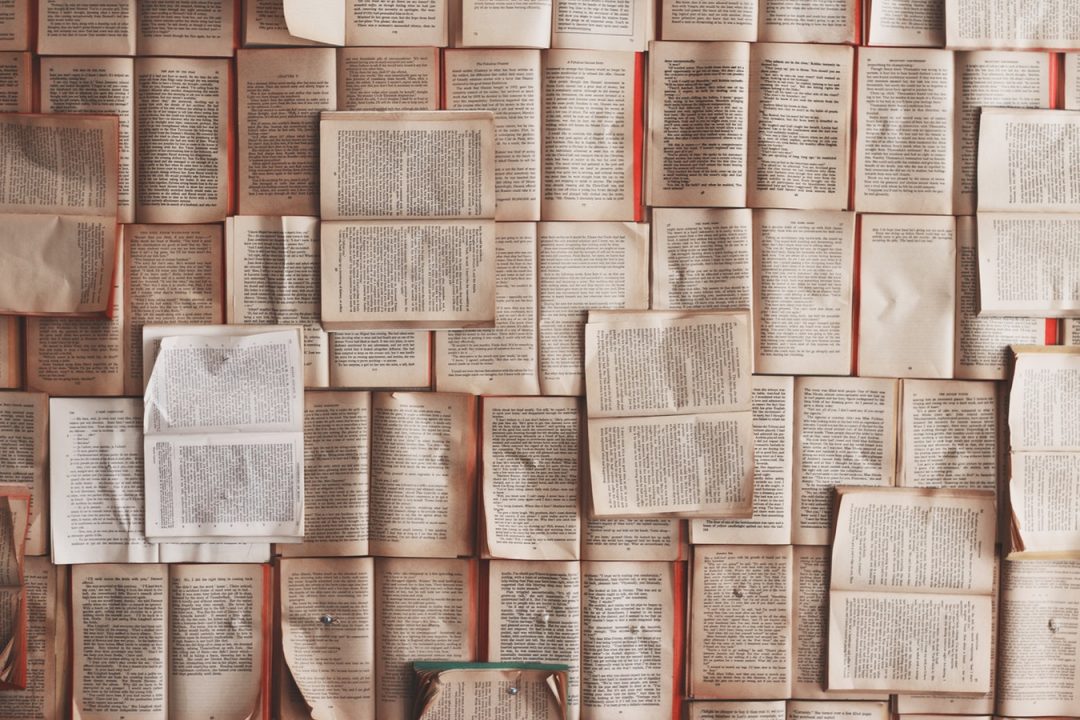 Celebrated on March 8th every year, International Women’s Day is an important date in the calendar dedicated to the discourse of gender equality, the celebration of women past and present who have engaged in and influenced its progression and a call to action to help further the rights of women around the world. Just the day before International Women’s Day comes World Book Day on March 7th, another important date which celebrates reading and literature.

With both dates just around the corner, here at Camille we’ve been inspired to look into female authorship over the years, exploring in particular how many Penguin Classics have been written by women and their roles in the literary industry.

How many Penguin Classics have been written by men vs. women? 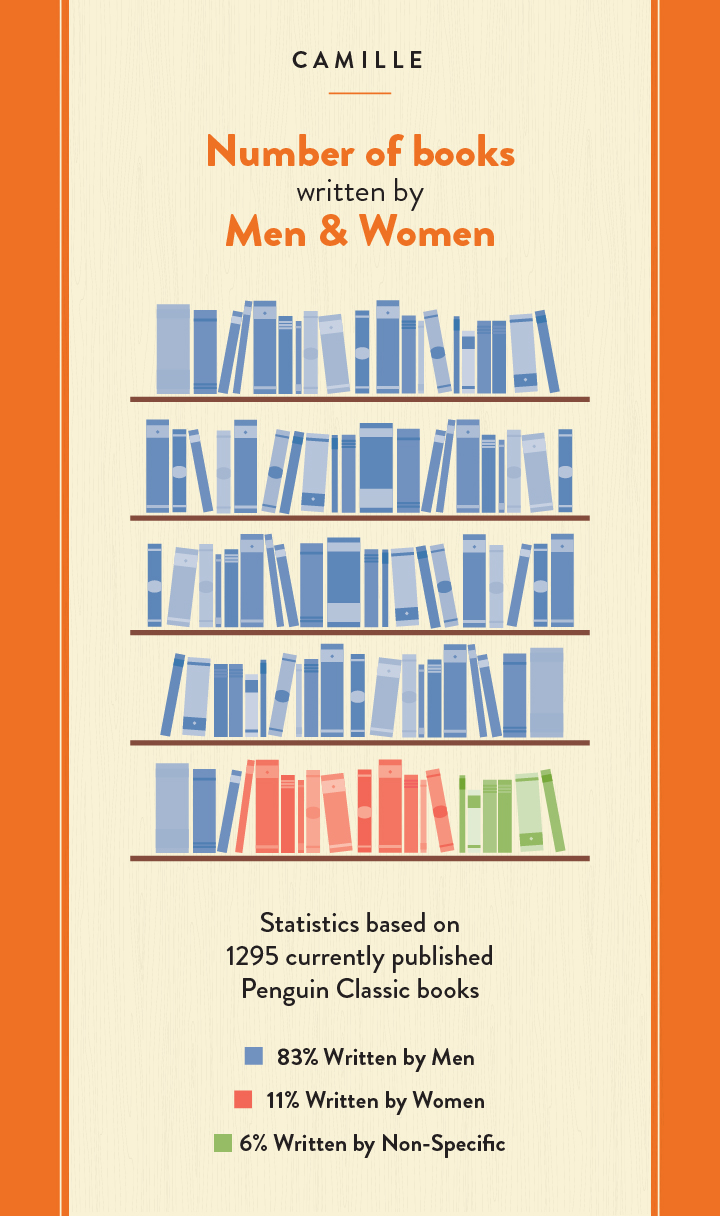 In total, there are 1295 published Penguin Classic books we can enjoy today. But is there a difference in number between those published by women compared to men? Our research tells us that yes, there has been a huge disparity, with male authors accounting for a massive 83% of books, compared to 11% penned by women. The remaining percentage accounts for the books for which authorship has been shared by men and women or undocumented over the years. What these figures show us is that there are merely 144 books out of 1295 in the collection that have been written by women.

A large factor in why there are so far fewer Penguins Classics written by women links closely to what International Women’s Day aims to highlight. Historically, women have had to work harder to get their voices heard, to be represented and therefore to be published. World-renowned and respected female authors today such as the Brontë sisters even had to initially resort to writing under male pseudonyms in the 1800s in order to have their works more easily published and taken seriously. Simply put, due to societal and patriarchal constraints throughout history, women have often had fewer opportunities to become authors and for their books to be as respected as their male peers.

Which types of literature are most often written by women? 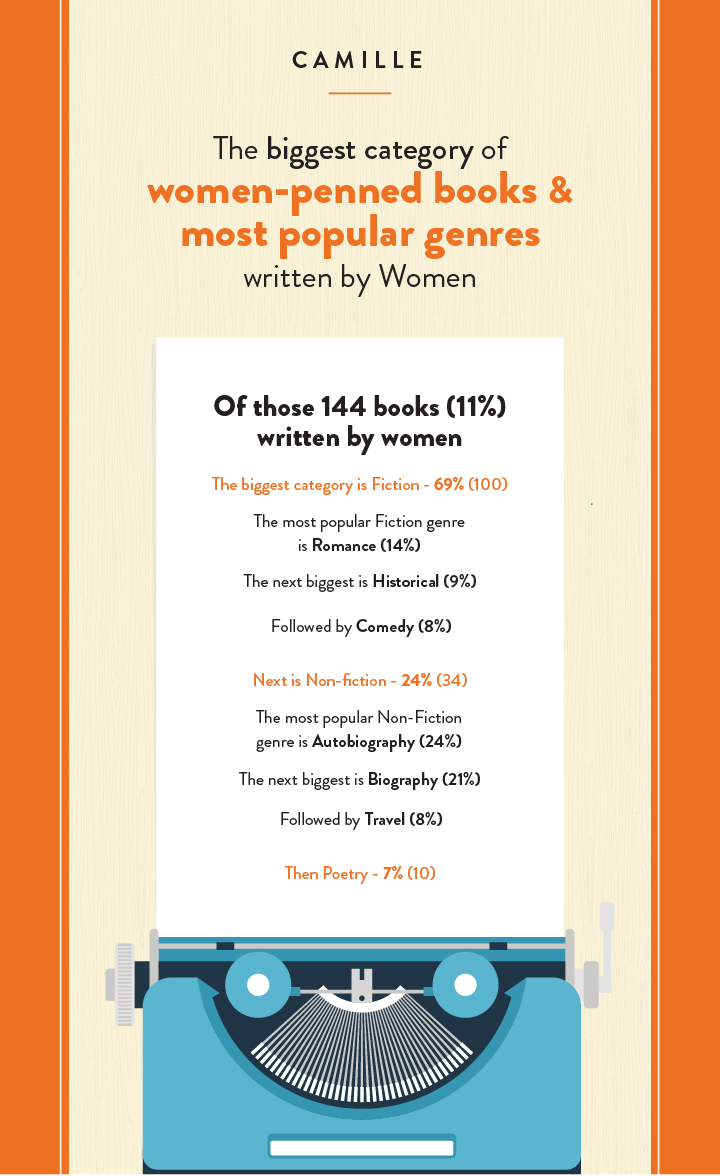 Of the 144 Penguin Classics books written by women, 100 of these fall into the category of fiction. Making up 69% of the total, this puts fiction as the biggest category for women writers in the collection. Next up is non-fiction at 23%, with 34 books making it into this category. Lastly, 10 books published in the collection can be categorised as poetry, making up 7%. This could be due to the fact that, as academic fields such as sciences and technology have been historically dominated by men, women were relegated to fiction in earlier periods and their contributions to non-fiction topics have been overlooked compared to men over the years.

And which are the most popular genres for female authors?

Linking to this, we found that the most popular fiction genre written by female authors women is romance, accounting for 14% of books in that category. The second biggest at 9% is historical fiction, followed by comedy at 8%. In terms of non-fiction, the most popular genre written by women is autobiography at 24%, followed by biography at 21%. The popularity of the romance genre can be attributed to the fact that, in eras such as the 18th and 19th centuries, women were largely limited to writing fiction on topics such as romance that were deemed suitable for women at the time.

When have books by female authors in the collection been most commonly originally published? 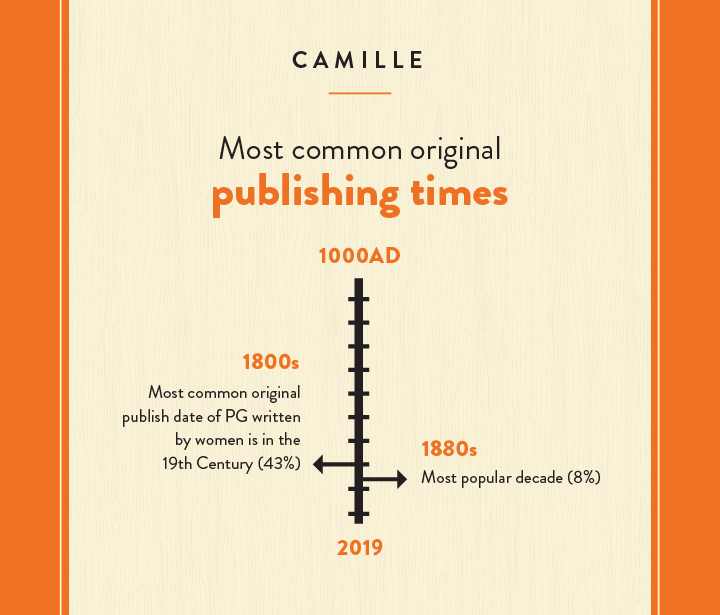 The list of female authors within the Penguin Classics collection features novels by women originally published all the way back in 1000 and throughout the centuries! At 43%, the most common era for books originally published by women in the collection is the 19th century, with the 1880’s being the most common decade at 8%. With many now-famous and influential novels including Pride and Prejudice, Jane Eyre and Wuthering Heights all written in the 19th century, it’s easy to see why this is the most common era of original publication within the collection we consider classics today.

And which female authors have featured most in the Penguin Classics collection? 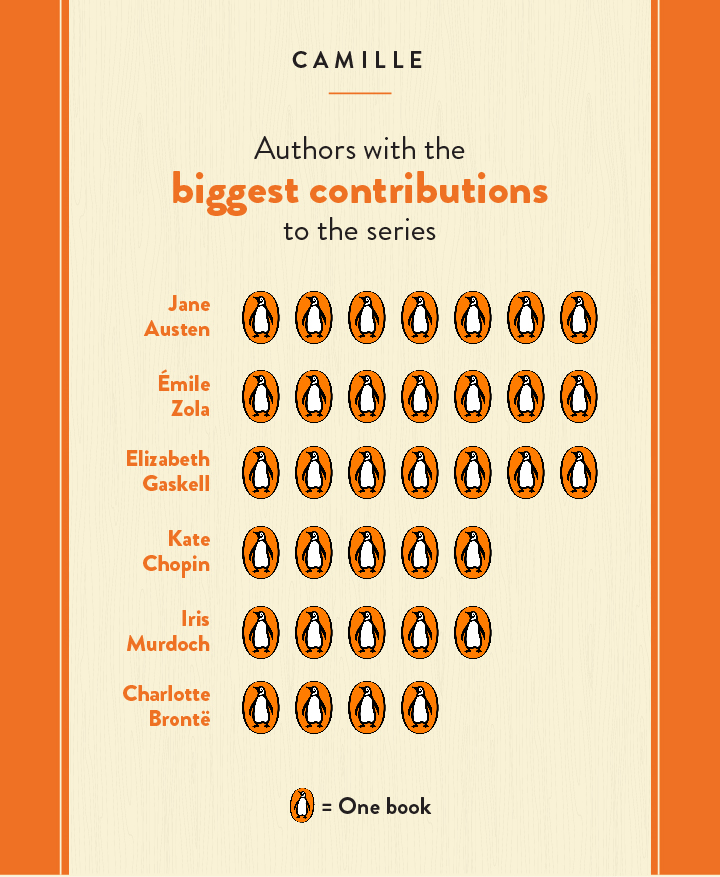 The female authors with the most contributions to the collection are largely from this period, featuring Elizabeth Gaskell, Jane Austen and Émile Zola with seven books and Kate Chopin and Iris Murdoch with 5 each! Charlotte Bronte also features often, with 4 of her famous novels included in the collection.

In light of International Women’s Day and World Book Day approaching, here at Camille we think it’s important to not only celebrate the works of female authors, but remember the barriers women have faced, and still face around the world in terms of equality.

Which are your favourite novels by women? Share them with us and let us know which female authors have inspired you! 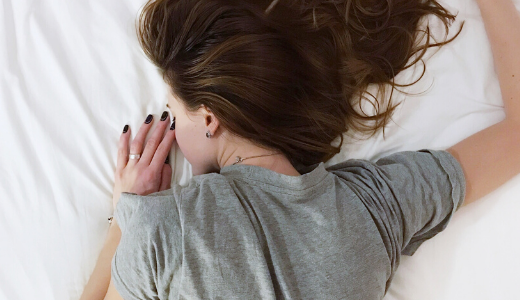 The Camille Guide on How to Keep Cool at Night

How to Wind Down 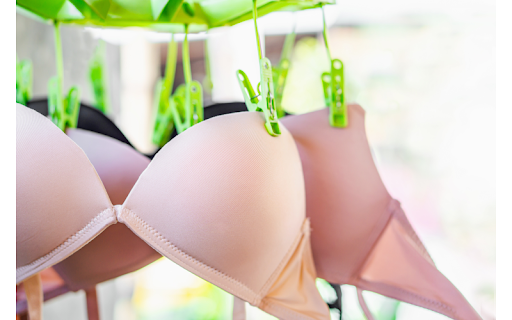 How to Wash Bras